The Problems with “The Pill” 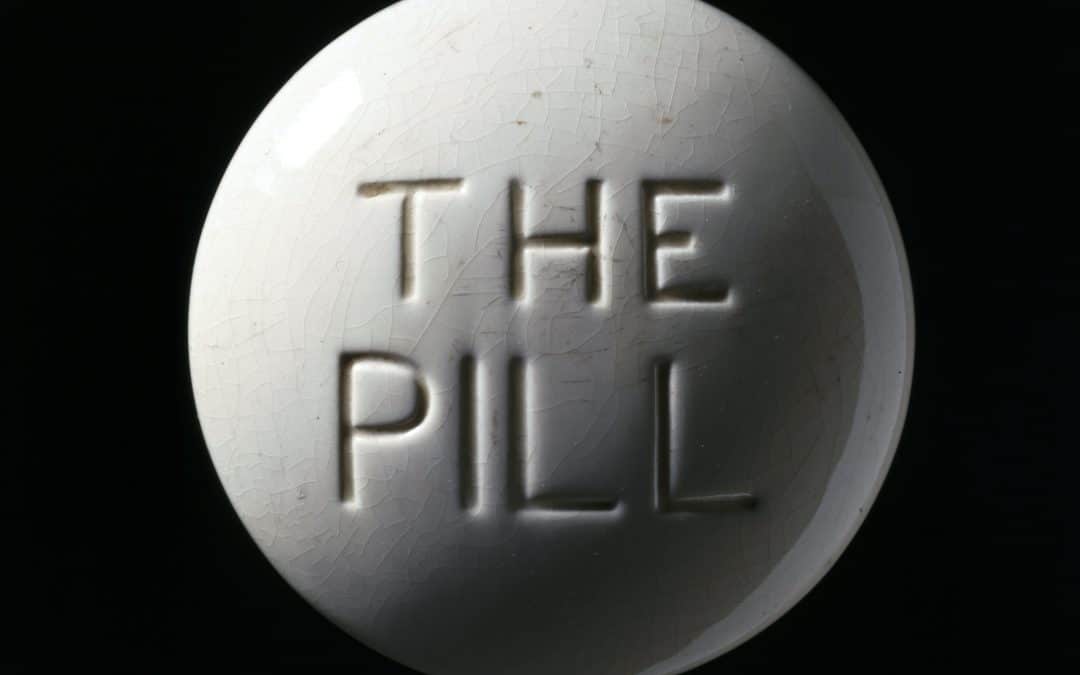 The Problems with “The Pill”

Women are rarely fully informed of the potential problems and health hazards from the birth control pill.  Somehow we think we can take a precisely-running organism like the human body and then insert into it foreign chemicals and other substances, which pharmaceutical labs have explicitly created so that they have a patented product to sell in the marketplace. And then we wonder why the body malfunctions and may develop cancers and other life-threatening conditions as a result. Based on current studies and concern for your health and longevity, you must understand the hormones (birth control pills are hormones) you are being prescribed and how they affect your health and your life.

As much as people want babies, they also want to prevent them for myriad reasons.

Birth control has been around for as long as we have been making babies, and its history is quite interesting.  In ancient Egypt, women used a combination of dates, honey, and acacia, and it seems that when fermented, acacia does have a spermicidal effect.

Around 3000 B.C., humans made condoms from fish bladders and animal intestines. Closer to modern times, in 1838, condoms were made from vulcanized rubber.

Birth control has had a very conflicted history.  Religion has long had opinions regarding reproduction and women’s rights that date back into early history.

In March 1873, the United States Congress passed a bill to ban birth control, known as The Comstock Act. Its full name was an “Act of the Suppression of Trade in and Circulation of Obscene Literature and Articles of Immoral Use.” This act prohibited advertisements, information, or distribution of birth control.  It also allowed the post office to confiscate any birth control products it found being sent through the mail.  The ban came about because of anti-vice and temperance groups that considered birth control obscene and worked to outlaw it.  (5)

The Advent of Oral Contraceptives

Oral contraceptives, otherwise known as the birth control pill, were approved by the FDA on June 23, 1960.  The first pill was called Enovid, and millions of women began using it in the first few years of its introduction. It was almost 100% effective at preventing pregnancy and gave women more control over their sexuality and family planning.  The side effects that developed as a result of this new contraceptive, however, were severe.

Barbara Seaman, women’s health advocate, patients’ rights advocate, American author, and co-founder of the National Women’s Health Network in Washington D.C., wrote an important work called The Doctor’s Case Against the Pill.  It was published in 1969 and presented the facts that high estrogen doses posed serious and even fatal health risks to women.  Doctors were not informing women of these risks, including heart attacks, strokes, blood clots, cancer, suicide, and depression.  This book led to Senate hearings in 1970 on the safety of oral contraceptives. The drug companies were required to include printed warnings on all pill packs about birth control risks and clotting disorders because of these hearings. Today, the pill has a much lower dose of estrogen but still comes with its own set of similar risks, still detailed in that printed warning inside every pill prescription pack due to Barbara Seaman’s activism.

How The Pill Works

The combined pill that most women use today contains synthetic estrogen and progesterone that trick your body into thinking it is pregnant.  Mid-cycle, when you would normally ovulate, no egg is released from the ovaries, so pregnancy cannot occur.  The organs that run the menstrual cycle are shut down and do not function as they usually would. When a woman takes the pill, her natural cycle stops.  She has a period because when the artificial hormones stop for a week, and she takes the sugar pill, the uterine lining is shed and her period is often lighter.

Some doctors have recommended women not having cycles at all.  In 2003, pills were released that enabled a woman to go months without her cycle and, on doctor’s recommendation, to have only four menstrual cycles or less a year. Some doctors told patients that no cycles were necessary.  Depo Provera is given by an injection that often stops women’s cycles for three months at a time.  I have seen some extremely negative symptoms and side effects with this injection in some women.

Our bodies ebb and flow with a natural rhythm just as the tides and the moons do.  We live in a world that values convenience over balance, and in doing so, we lose the beauty of our bodies and our cycles.  Being female, having a cycle, being fertile are all things to celebrate!  Taking time from your life to acknowledge this gift can enrich your life as a woman.  The “curse” is really a blessing.

When our cycles are “off” or painful, it is often a sign that our lives or our paths may have veered somewhat from a more balanced existence.  Our diets, exercise levels, and stress may have increased beyond what our bodies can easily handle.  It signifies a time for us to regroup and examine ourselves to see what we can do to bring our lives and bodies back to a healthier state.

In our modern lives and our modern “must have it all” mentality, we can pay the price for ignoring our natural balance and rhythms. Chemically suppressing our bodies’ natural functions can cause many side effects, even death.

The Risks of Hormonal Contraceptives

One of my favorite books to recommend to patients is The Pill: Are you sure it’s for you?  One chapter is titled Dying Not to Get Pregnant.  This chapter details the side effects of the pill we aren’t told and the ones that could cost us our lives.  This same chapter mentions that in 1995 government health ministers went public in Britain about the increased risk of thromboembolism in the third-generation pills.  The incidence of pill use went down in Britain at this point, as did the incidence of deep vein thrombosis.  Women die every year from this side effect and from strokes, heart attacks, and cancers — deaths related to this form of contraception.  We all need to know the risks.

In 2005 the World Health Organization’s cancer research group, The International Agency for Research on Cancer, reclassified the pill from a “possible carcinogen” to humans to “carcinogenic” to humans.  This places the pill in the Class 1 Carcinogen category, along with asbestos and tobacco.  It does appear that the pill is protective against developing ovarian cancer.  I am not sure, though, that one would choose this path only for this reason, considering the other health concerns.  Anything that suppresses ovulation or its frequency, such as full-term pregnancy and breastfeeding, is preventive of ovarian cancers.

As women are given the pill to “regulate” their cycles, it is important to remember that suppression is not regulation.  Taking the pill triples the lifetime risk of breast cancer when taken before the age of 18. It can cause insulin resistance, cervical dysplasia, ovarian cysts, and infertility.

There are many, many other side effects in addition to these.  They include Increased risk of thyroid and liver problems, nutritional deficiencies in Folic Acid, B12, B6, Magnesium, Manganese, Zinc, reduced antioxidant levels, especially in the liver, and a deficiency of Vitamin A. These deficiencies can lead to many more severe health risks.  The liver is extremely stressed in attempting to “detoxify” and clear these synthetic substances.  This hardworking organ can sometimes be damaged long term with synthetic hormones from the pill and conventional HRT.

Read, educate yourself, and learn about other more natural and safe means to protect yourself from unwanted pregnancies.  Finding alternative solutions may make the difference between health and ill-health. Weigh the risk for yourself, now and for the future.  After “having their cycles regulated” by the pill for many years, I have seen many women who stopped the pill but were unable to get pregnant for months, if at all.  We spent many months cleaning and rebuilding the body after the damage of long term synthetic hormone use.

Read the warnings in the pill packets carefully and see if you feel that this is the right move for you.  I’ve included some links to natural contraception choices at the end of this post.

Make choices that will help solve your body’s health problems instead of making more!

You are beautiful, and your body is an amazing miracle of systems and organs and hormones.  You can be well at any age.  Work towards health and wellbeing. You are a beautiful woman, and you are here to share your gifts with the world. There is only one you!

Beneath the Sweater and the Skin

How many years of beauty do I have left? she asks me. How many more do you want? Here. Here is 34. Here is 50.   When you are 80 years old and your beauty rises in ways your cells cannot even imagine now and your wild bones grow luminous and ripe, having carried the weight of a passionate life.   When your hair is aflame with winter and you have decades of learning and leaving and loving sewn into  the corners of your eyes and your children come home to find their own history in your face.   When you know what it feels like to fail ferociously and have gained the  capacity to rise and rise and rise again.   When you can make your tea on a quiet and ridiculously lonely afternoon and still have a song in your heart Queen owl wings beating beneath the cotton of your sweater.   Because your beauty began there beneath the sweater and the skin, remember?   This is when I will take you  into my arms and coo YOU BRAVE AND GLORIOUS THING you’ve come so far.   I see you. Your beauty is breathtaking.   -Jeannette Encinias

Here are links to more information on these topics: 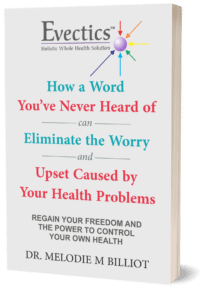 Here is a free booklet with the story of how I developed my techniques and how those techniques work (practical information that shows how your body works and how to start recovering your health for the rest of your life).

WHAT ARE YOUR PROBLEMS? Free Doctor Consultation, Just Fill Out This Form