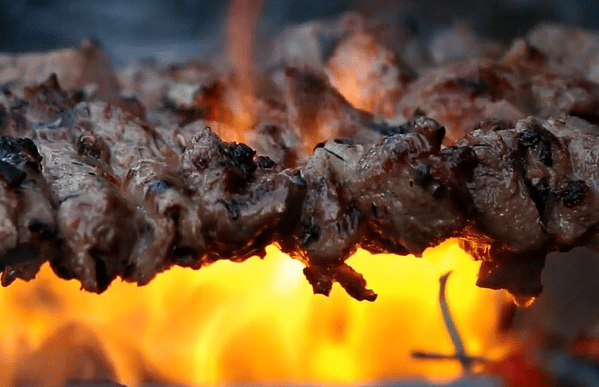 6 Safe Grilling Tips– What You Need to Know

A popular pastime is the backyard grilling of our favorite meats.

Although millions enjoy grilling, this article will present some downsides and recommended action steps to ensure a good grilling experience.

The Downside of Grilling

Grilling causes meat to form carcinogenic compounds known as heterocyclic amines or HCAs. These are associated with increased cancer risk. The longer you cook the meat, the more HCAs are produced. Charred meat is a sign that a fair amount of HCAs has developed.

A great idea on what to grill!

Grilling Strategies that can Reduce Your Cancer Risk

1: Cut meat into smaller portions, so they cook more quickly and have a shorter exposure to high cooking temperatures

3: Flip frequently. Fewer HCAs are formed if you turn the meat over frequently while grilling

4: Marinate! Marinating meat, poultry, or fish for at least 30 minutes before grilling can decrease the formation of HCAs by creating a barrier between the meat and the flames and smoke.

5: Control the temperature. To avoid cooking meats at high temperatures, light the outside burner(s) and leave the center burner off. Cook the food in the center of the grill.

Do you have a health problem that’s driving you nuts?

Get accurate information on why you have a problem without cost or risk.

Take five minutes to complete a health assessment survey. When we receive your survey, you’ll have a phone consultation to get more information and answer your questions. From this consult, we can give you a very good idea what could be causing your problems.

There’s no cost or obligation for this consultation.

Tap the button below to get started!