Opening the Door to Compassion 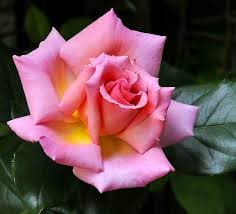 Compassion is generally seen as necessary for any successful society, and many religions espouse compassion as a vital ingredient in human interaction.

But what is it compassion really? And how do we have compassion for others and then ultimately, for ourselves? I wrote a blog post last week about grace, about forgiving yourself and others. I think that grace is a part of compassion. Caring, and giving quarter where perhaps none is deserved, is where compassion is needed the most. Maybe it’s most needed because it isn’t deserved. Having compassion is necessary in so many parts of our lives.

Compassion isn’t needed when all is good, the folks are doing what they are supposed to and we’re all happy. Compassion isn’t called for, necessarily for the “good” in our lives and in the lighter parts, but it is called for mostly in the dark parts. The parts where we are hurt the most and where we cannot see the light. This is where I find it the hardest to find compassion.

I had a person once, that I was considering hiring, who had gone behind my back to someone close to me to question my integrity and say some pretty nasty things about me. The person was also seeing me professionally to help her with her health. The friend she had spoken to called and told me what happened. The next time I saw this person I knew about her negative words and the venom she had spat in my direction; but she was unaware that I knew. I had the choice to treat her kindly and maintain a compassionate attitude, or I could confront her and address it angrily. I chose the former and didn’t bring it up or change the way I treated her.

I had always treated this person with respect. For her to behave this way towards me meant that she was truly defensive and frightened of life and of ME! So, I chose to love her. I did not pretend. Had she addressed me about her criticisms I would have kindly told her what I thought but she did not. I treated her kindly and professionally and asked how I could continue to support her in her health goals. She answered and we had a nice visit. Someone close to the situation and who knew what was happening, saw our exchange and wondered about it out loud to me later after the woman left.

She said, “How did you treat her so calmly and so professionally, so kindly? She is so negative and clearly does not mean you well! How can you look at her and not be angry?” I answered that she was my patient foremost and when that is the case I always come from a place of love. Yes, I was hurt that she had acted the way she did, but I just decided to treat her as I always had honoring that place of grace in her that I always saw and I chose to ignore the negativity she was creating. It was a conscious decision. It didn’t hurt me and shortly after, this person decided to seek help for her health in a different direction. This is a small example of compassion. One that was fairly easy at the time and did not hurt me too much to implement.

I can tell of a time I did not show compassion. It was extremely hard for me to even see that compassion was needed in the situation, so stuck was I on my own rightness. It seemed to me at the time that it would hurt me tremendously to have compassion in this situation. I regret greatly that I didn’t see more clearly and behave differently.  Regret in life sometimes can be a tough thing; especially if you cannot go back and do it differently. A very close friend had something tragic happen in her life that made her choose a different direction than I would have chosen for her. We argued about it and I tried to convince her to make a different choice. I was younger then and I did not understand how big a part compassion plays in our day to day interactions with others. I chose to be judgmental and headstrong and hold her decision against her and stand “strong” in my own personal belief that she made the wrong ethical and moral choice and that I was right, and she was wrong.

How condescending and stupid that sounds to me now in the rear-view mirror of 20 something years. I can hear myself asking “Well, how did that work out for you?” Not well. I lost the opportunity to win for both of us. I lost something that day that I never got back. We stayed friends but it was never the same. I always held the judgmental “holier than thou” space in the relationship and she died before I had a chance to get older and wiser. It breaks my heart to think of that; and how I can’t go back. What if I had had a softer heart for her and what she was experiencing. What if I tried harder and had put myself in her shoes? Really put myself in her shoes and walked in them for a time.

Most of us are not evil. The press, the politicians “the dividers” separate us into race and sex and religion and political party. We are, the polls say more polarized than ever on so many topics. But we are all just human beings. We are all people. I know that the answers to the questions we fight over and struggle with in our world today are not easy ones. Some of us feel very strongly about a lot of things— and I think we should. Developing compassion is an ongoing journey and so very needed right now in our world.

Have you ever tried to fully, completely understand a position so opposite from yours that it makes you feel crazy to even listen to it? It sounds so dumb or so ignorant or so something? Think of a view so opposite from yours that you could never in a million years think of understanding it let alone taking it on as your own. Yes, that’s the one! If I had really decided to take my friend’s perspective back then, and really understand her and why she made the decision she made, even if I totally disagreed, I could still have had compassion for her. And maybe, just maybe, we could have found some agreement.

Compassion is an attitude and a gift. It isn’t a condescending view that we are better somehow than the person in front of us. Doing that very thing, taking on and listening closely to another viewpoint completely opposed to my own, has enabled me to change my mind about many subjects I thought I could never change. It is a gift we can consciously choose to give each other.

I have changed some of my strong and long-held beliefs by listening and questioning with friends who were kind and had compassion for me and for my “crazy to them” ideas. It works both ways, you see. They were willing to listen to my strongly-held viewpoints and I was willing to listen to theirs; without judgement. And you know what? Sometimes both of us changed a little in each other’s direction. Sometimes after a time of introspection one of us came to understand the other’s reason for believing or acting as they did. Interesting. I think in these times with my friends, we had compassion for each other even when the other became passionate or even upset about a topic.

Do unto others as we would have them do unto us comes to mind. I know this isn’t easy or even natural. We have to overcome some very basic programming to just make this so, but I encourage you to try it. Examine your red lines. The line that you would never cross to show someone compassion and try it anyway. The fact you are even thinking about it is progress. We can’t all do it all the time and all at once, but we can start. Radical compassion. It doesn’t mean someone doesn’t take or shouldn’t take responsibility for a wrong. It doesn’t even mean it wasn’t wrong. It means your compassion opens a passage way in the universe for a possible redemption for them and for you; especially for you, if the wrong was done to you.

Opening the door to being compassionate allows the light to shine in and more possible solutions to surface. It opens a space in the universe where none existed previously. You can bring light to those situations around you that seem impossible. Try it. Let it happen.

I send you love and best wishes for finding and living with more compassion in your life every day. I wish you strength for the journey.

“No act of kindness, no matter how small, is ever wasted.”  Aesop