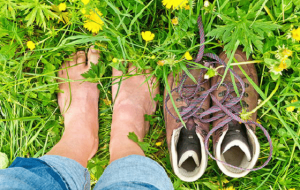 In my extensive studies of holistic and alternative healing I have run across many techniques that are, well, simply weird. But when studied, sometimes the weird stuff is not only true, but it can also be incredibly useful. I have realized that reality is often quite different from what we know from our limited experience.

Grounding falls into the category of “weird” for sure. But, read the following well-researched article to have your mind completely changed!

Understand that grounding is not some phenomenal healing power that will end your chronic health problems. Instead, grounding is one of many de-stressors that can assist you to regain your health.

Read the article. See if you do not agree with me that grounding should be taken seriously and that, just perhaps, you should spend a bit of time barefoot in the sand! 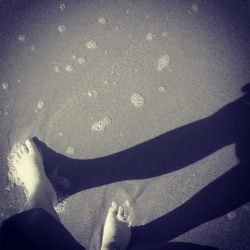 Other ways to decrease inflammation

Did you know the energy from the Earth can help you live a healthier life? The concept is known as earthing or grounding, which is no more complicated 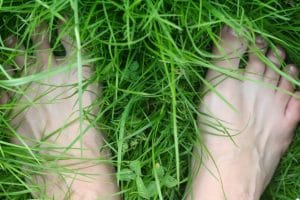 In “Down to Earth”1 — which received the IndieFEST Award of Excellence for a documentary short in January 2017 — I speak alongside other experts to shed light on this super simple yet commonly overlooked way to protect and improve human health. As cardiologist Dr. Stephen Sinatra, author of “Earthing: The Most Important Health Discovery Ever?” explains in the film:

“[G]rounding is literally putting your bare feet on the ground. When you do that, you’re in contact with the Earth, and mother Earth is endowed with electrons, and these electrons are literally absorbed through your feet. It’s like taking handfuls of antioxidants, but you’re getting it through your feet.”

Research suggests a general lack of grounding, also referred to as “electron deficiency syndrome,” has a lot to do with the rise of modern diseases.

It’s not unusual for Americans to spend entire days without being grounded. But though it has become the norm, it’s completely unnatural and didn’t really become widespread until the advent of shoes with artificial soles that prevent grounding. When you’re grounded, free electrons from the Earth are transferred into your body, and these free electrons are among the most potent antioxidants known to man.

As electrons are negatively charged, and free radicals are positively charged, any free radicals encountered in your tissues are electrically neutralized or canceled out by these free electrons. This is why grounding is so effective against chronic inflammation. Dr. Laura Koniver, who discovered grounding quite by accident after it seemed to soothe her crying infant, says in the film, “Grounding … supports the body as a whole, but it specifically supports organ systems down to the tissues and the cellular function of the entire body.”

Also, while you may not think of your body as a generator of electricity, you are very much an electrical being, and this is in large part why it’s so important to use grounding to harness the electrical charge of the Earth. In the film, Gaetan Chevalier, Ph.D., an engineer/physicist who has studied grounding, explains:

“Unbeknownst to us, we live inside a battery. The surface of the Earth is charged negatively, and the ionosphere, a layer of the atmosphere about 60 miles up, is ionized by the sun. The sun’s rays are so strong that they split the molecules in two, a positive charge and a negative charge.

The negative charges are transferred to the Earth’s surface through lightening mainly, and the positive charges stay 60 miles up. The problem arises when we don’t have a negative charge. We need grounding just as we need air and we need sunshine.”2 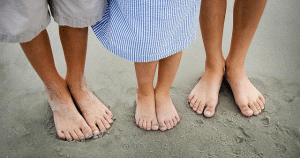 There’s even evidence that grounding reduces the voltage induced on your body from electricity in your environment — a factor that has become increasingly important in the modern world. As noted in the 2012 review:3

“Applewhite, an electrical engineer and expert in the design of electrostatic discharge systems in the electronic industry, was both subject and author of the study.4 Measurements were taken while ungrounded and then grounded using a conductive patch and conductive bed pad … Each method (patch and sheet) immediately reduced the common alternating current (AC) 60 Hz ambient voltage induced on the body by a highly significant factor of about 70 on average.

The study confirms the ‘umbrella’ effect of earthing the body explained by Nobel Prize winner Richard Feynman in his lectures on electromagnetism. Feynman said that when the body potential is the same as the Earth’s electric potential (and thus grounded), it becomes an extension of the Earth’s gigantic electric system. The Earth’s potential thus becomes the ‘working agent that cancels, reduces, or pushes away electric fields from the body.'”

While it may sound “too easy,” the simple pleasure of walking barefoot can be a powerful health-promoting activity. A scientific review published in the Journal of Environmental and Public Health in 2012 found that grounding can help:5

How and Where to Ground 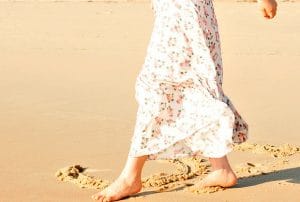 While connecting just about any part of your skin to the Earth is beneficial, one area that is particularly potent is the center of the ball of your foot, a point known to acupuncturists as Kidney 1 (K1). It’s a well-known acupuncture point that conductively connects to all of the acupuncture meridians in your body. Exercising barefoot outdoors is a great way to incorporate earthing into your daily life and will also help speed up tissue repair and ease muscle pain associated with strenuous exercise.

The ideal location for walking barefoot is the beach, close to or in the water, as salt water is a great conductor. (Your body is also somewhat conductive because it contains a large number of charged ions, called electrolytes, dissolved in water. Your blood and other body fluids are, therefore, good conductors.)

A close second would be a grassy area, especially if it’s covered with dew and /or bare soil. Ceramic tiles and concrete are good conductors as long as they’ve not been sealed; painted concrete does not allow electrons to pass through very well. Materials like asphalt, wood, and typical insulators like rubber or plastic will not allow electrons to pass through and are not suitable for barefoot grounding.

While any amount of grounding is better than none, research has demonstrated it takes about 80 minutes for the free electrons from the Earth to reach your bloodstream and transform your blood, which is when you reap the greatest benefits. So, ideally, aim for 80 to 120 minutes of grounding each day.

How to Ground Indoors

Just as walking barefoot was once widespread, so too was sleeping on the ground. In the modern world, sleeping indoors serves to further insulate you from the Earth. There’s also the issue of elevation. When you are grounded, your body cannot carry a charge, which is good. The greater the distance between your body and the Earth, the greater charge your body carries. In fact, this has been precisely calculated. For every meter (3.28 feet) you are above the ground, 300 volts of charge will build up in your body.10

So, if you are in a second-story bedroom, your charge would be 1,000 volts, on average, and this increased charge may increase your risk of health problems. For example, one 2009 study11 found a 40 percent increase in stroke risk among people living in multistory homes. Flying can also make you severely ungrounded. When indoors and/or at elevation, you can ground by:

Grounding May Be Essential for Life and Health

It’s important to understand that grounding is not a “treatment” or “cure” for any disease or disorder. Rather, it is one of the key mechanisms by which your body maintains equilibrium and health. The human body evolved in constant contact with the Earth, and your body needs this continuous interchange of energy to function properly.

Free radical stress from exposure to pollution, cigarettes, pesticides, processed foods and electromagnetic radiation, just to name a few, continually depletes your body of electrons. The Earth, however, is always electron-rich and can serve as a powerful and abundant supply of antioxidant free radical-busting electrons, provided you make an effort to stay grounded.

Without a proper supply of antioxidants, the free radicals can overwhelm your system leading to oxidative stress, inflammation, and accelerated aging. “We now know that oxidative stress causes disease. It causes inflammation,” Sinatra says. “[But] we have this Earth — Mother Earth — that’s going to give us all these free electrons.”

Again, exercising barefoot outdoors is a wonderful way to incorporate grounding into your daily routine. Alternatively, simply take off your shoes as much as you can when you’re outdoors to take advantage of the Earth’s natural healing potential.

Are you concerned about a specific health problem or problems?

Or, are you generally unhappy with the state of your health?